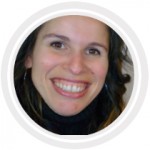 Luciana Attorresi was born in 1977, in the city of São Paulo – Brazil. She had a different childhood in the spiritual aspect: since she was little she could felt the presence and energy of people through doors. But over the years, her sensitivity was hidden by veils.

Only in 2012 a strong awakening reached Luciana and she went trough a huge transformation.  Since then, she understood that religion was no longer part of her life and that the freedom to see herself as a Light Being was bigger than any religious commitment. And she also understood that it was time to go on a journey to remember who she really was.

Initially, her quest consisted of studies and readings, but it was the practice of the meditation that gave her the trigger to open the doors of the Universe, and what was in her Soul Plan started to happen like an avalanche.

Everything happened very quickly and after some studies and transcended limiting beliefs, she could, at last, put herself in her mission.

This Channel, as a Light Being, is…

This Channel began channeling text messagens in 2014, subsequently supported by Abraham, when the first voice messages happened. The Abraham messages, which were initially also text messages, began on February 2, 2015.

On April 11, 2015 , the Channel began, alongside the Abraham, the second part of her trajectory . The work consisted in providing, to the interested public, personal consults (for now, only available in portuguese).

In the same month, the Channel also had a wonderful surprise when she discovered the Abraham wanted to do, through her, a weekly program where people could send their questions. These questions would be answered live, through hangout transmissions.

Today, the Abraham present themselves with this codename only to Esther Hicks and, now, to Luciana Atorresi,  informations which were given by Them.

Among the many subjects discussed on their first visit, the Abraham said:

“… you made many contracts from interesting plans and we are among these contracts. You have a contract with us to bring  our empowering messages to people, like Esther, but we know each of you has its own characteristics and we respect and love everyone in the same way. But even if our contract is different, the work will be equally intense and full of Light. ”

The Channel also has the help of her Mentors in the channelings. They are:

This Channel also has contracts of Soul Plans to channel with:

This profile is constantly updating.

Create a website and earn with Altervista - Disclaimer - Report Abuse